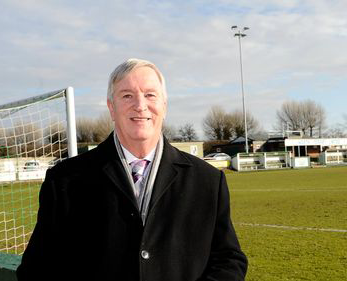 A NEW 'Phoenix' football club in North Ferriby has been approved after an application to the FA was rubber stamped.

North Ferriby Football Club will play out of the Church Road ground next season and take the place of the now defunct North Ferriby United, who were liquidated last month due to unpaid debts.

The new club, led by former United chairman Les Hare with the backing of a number of high-profile local residents and businessmen, will begin life next season in the Northern Counties East League.

The board of the new club will discover at a meeting with the NCEL on May 14 whether they will start life in the Premier Division or Division One, with the hope being the new village side can gain entry into the NCEL’s top division. The application by North Ferriby Football Club was swiftly passed by the local FA, who were impressed with the meticulous presentation and the board’s plan to run the new side as a non-profit community club.

Hare, who spent over 20 years as chairman guiding the Villagers to Wembley success and on the path to the greatest period in their history before departing four years ago, will run the new club, with the board currently looking to recruit a manager in the next few weeks.

Playing as NFFC rather than United, the phoenix side have adopted the name first used when the Villagers came into existence 100 years ago this year and chose the name in a bid to recognise the club returning to their roots after a turbulent end to the existence of United, who drove many supporters away and upset countless others with their approach.

"It is wonderful to be back at the club my wife Gill and I devoted over 20 years of our lives to," said Hare.

"We would like to think we set the highest standards in terms of local football. It's incredible to think that this year our community can celebrate 100 years of football in North Ferriby, which given recent events, we as a club, are so proud they will now have the opportunity to do."

The Future is green!

Power delivered to the site is now supplied from 100% renewable sources.