North Ferriby FC continued their Pre-Season campaign with a 5-1 defeat against Hull City U23s. A strong second half performance from the Tigers helped them secure their victory and retain the Billy Bly trophy. A crowd of 636 came to support both sides and make a brilliant spectacle in spectacular weather.

The Villagers opened the scoring just after the ten-minute mark. Good build up play by Danny East and Josh Dennett won their side a corner. The resulting corner was swung in by Jamie Forrester and was met by the head of Tom Corner at the front post, who headed the ball past Fisk in the Hull City goal.

Hull City looked to respond and went close through Glen Sani and Sincere Hall. It was Hall who would draw his side level. Good team interplay resulted with Oliver Green gaining possession. Green squared the ball across the box and found Hall to put the ball past Lewis Exall.

After an even first half Hull City pulled away in the second.

Oliver Green put the Tigers ahead when he put the ball past Hill from the edge of the area with a thunderous shot.

The Villagers almost levelled through Danny Earl. Harvey Carew did well down the wing and his cross found Earl, but he was denied by Hull City substitute goalkeeper Tom McCauley.

The visitors were awarded a penalty when Niall Tilsley fouled Keegan Green in the area. Will Jarvis stepped up and confidently placed the ball into the bottom corner.

Aman Panesar made it four when he beat the Villagers defence before clinically finishing past Lewis Hill.

Niall Tilsley nearly grabbed a goal back, but his header was well saved down to his left by Tom McCauley. Jake Martindale also went close for the Villagers, but he hit his shot over the bar after Danny Buttle crossed the ball to the Ferriby attacker.

In the dying stages of the game Hull City added a fifth. Alfie Taylor played a through ball in the direction of Keegan Green, and the attacker controlled the ball and finished smartly past Lewis Hill.

The Villagers had a couple more chances late on as Tom McCauley continued to deny Jake Martindale, as he produced two good saves.

North Ferriby boss Chris Bolder shared his thoughts after the game, “Hull City are a very good footballing side, show fantastic movement and great fitness levels. We did exceptionally well for the first twenty-five minutes and we managed to get our noses in front. From there I think a little bit of fatigue snuck in as it was very hot today. All credit to Hull City, they kept the ball and made us move a lot. I think our shape was good first half and then in the second half we made lots of changes, a great opportunity to get all the lads good minutes in the legs and give them the experience of playing on a great surface against a great team”. 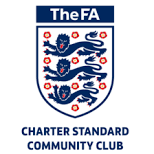